BELMONT, N.C. — The Belmont Police Department is investigating two bank robberies that happened on January 7th.  In the first robbery, police say a black man entered the New Horizon Bank on Wilkinson Boulevard just before 10:30am.  The man was wearing a long burgundy colored wig and dark clothing. 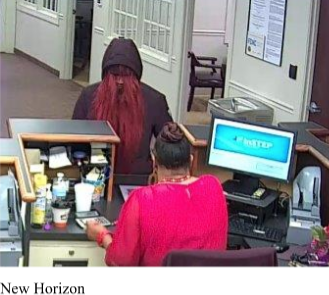 Police say the man gave a note to the teller stating that he had a gun and demanding money.  The teller reportedly told the man she cold not get him the money so he took the note and left the bank, according to a news release.

Just before 12:30pm, Belmont Police say they responded to Sun Trust Bank on N. Main Street in reference to another bank robbery.  Investigators say a white man wearing a disguise which included a fake mustache, dark brown wig, derby hat, white button up shirt, dark colored blazer and khaki pants entered the bank, passed a note to the teller saying he had a bomb in his pocket and demanded money. 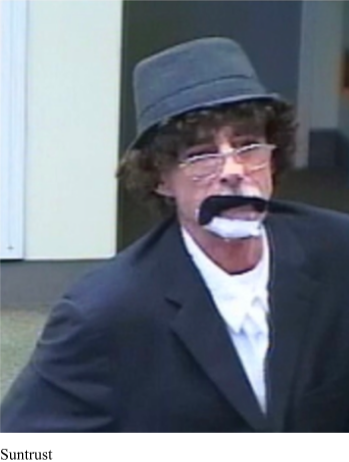 The suspect reportedly left the bank with an undisclosed amount of money.  No one was injured during the bank robberies and detectives are investigating to determine if they were connected.  Anyone with additional information about these cases is asked to call the Belmont Police Department at 704-829-4082.