IREDELL COUNTY, N.C. — An Iredell County man has been arrested after authorities found child pornography at his home on Thursday. 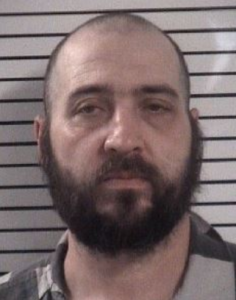 According to the Iredell County Sheriff’s Office, they received reports indicating that glass was in possession of child pornography on December 27th, 2019.

Detectives began an investigation and on February 11th, 2020, officers executed a search warrant at his residence on Shiloh Road in Statesville.

Investigators seized multiple electronic devices with images and videos of child pornography on them.

Glass was issued a $100,000 secured bond.  The case is still under investigation and more charges may be filed.