Text “ROSIE” to 31403 by 9 PM Monday, February 24th for your chance to win “JoJo Rabbit” (2019) on Blu-ray + Digital. Five winners will each get a copy of the movie. “JoJo Rabbit” is available on Blu-ray™, DVD & Digital now from 20th Century Fox Home Entertainment.

Acclaimed writer-director Taika Waititi (director of Thor: Ragnarok, Hunt For The Wilderpeople and What We Do In The Shadows) brings his signature humor and pathos to JOJO RABBIT, a World War II satire that follows a lonely German boy, Johannes “Jojo” Betzler (Roman Griffin Davis as Jojo), whose world view is turned upside down when he discovers his single mother, Rosie (Scarlett Johansson), is hiding a young Jewish girl (Thomasin McKenzie) in their attic. In spite of his idiotic imaginary friend, Adolf Hitler (Waititi), Jojo confronts his blind nationalism.

JOJO RABBIT and its ensemble cast have garnered attention in the 2020 awards season earning a Best Picture Academy Award® Nomination, a Golden Globeâ Award nomination for Best Motion Picture — Musical or Comedy, a Critics’ Choice Award nomination for Best Picture, and a Screen Actors Guild Award® nomination for Outstanding Performance by a Cast in a Motion Picture. Star Roman Griffin Davis, whose first-ever acting role was ‘Jojo,’ won a Critics’ Choice Award for Best Young Actor, as well as a nomination for a Golden Globeâ in the category of Best Performance by an Actor in a Motion Picture — Musical or Comedy. Additionally, Scarlett Johansson has received an Academy Award® Nomination for Best Supporting Actress, and BAFTA and Screen Actors Guild Award® nominations for her performance as ‘Rosie.’ And at the film’s helm, writer, director, actor and producer Taika Waititi has received Academy Awardâ Nominations for Adapted Screenplay and Best Picture (with Carthew Neal), as well as nominations from the Directors Guild of America, the Writers Guild of America, the Producers Guild of America, and BAFTA (Adapted Screenplay). Earlier this year, the film was honored at the AFI Awards, making it onto AFI’s list of the Top 10 Movies of the Year for 2019. And the film also won TIFF’s highly acclaimed Grolsch People’s Choice Award, while Waititi garnered the Ebert Director Award at the festival’s tribute gala awards event. 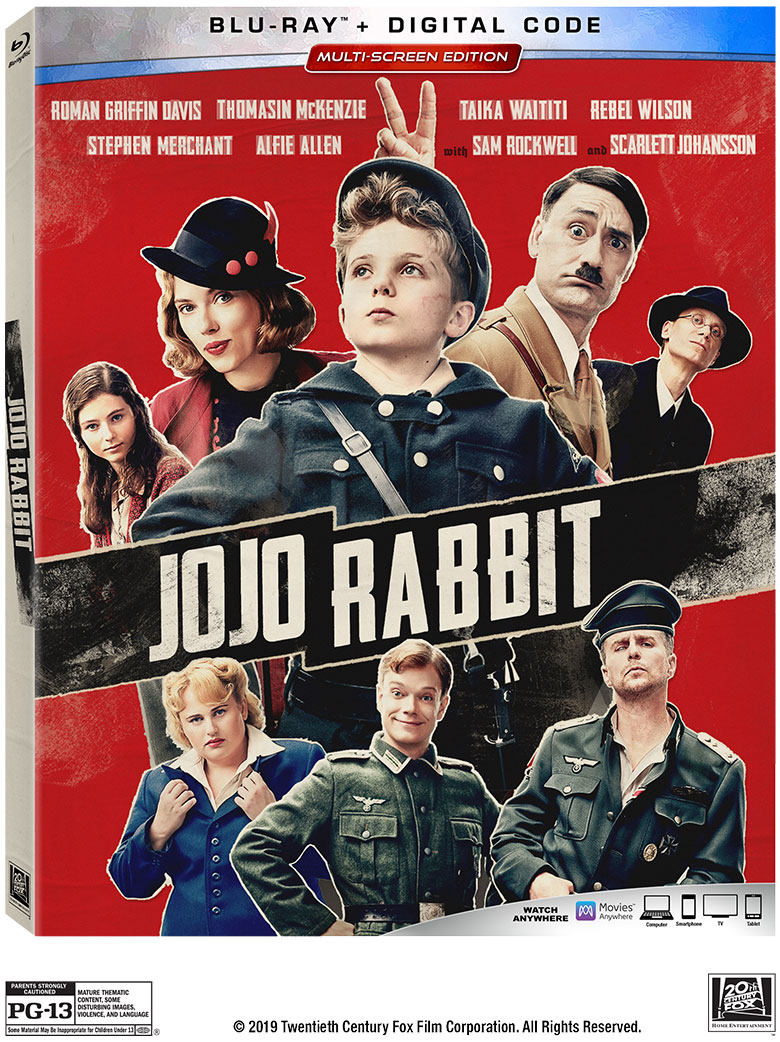 HOW TO WIN: No purchase necessary. Viewers must text the word “ROSIE” to 31403 by 9 PM Monday, February 24th, 2020. Winners will be randomly selected at 9 PM and sent a confirmation text detailing how to claim the prize. No prizes will be mailed.

Deadline for entries is 9 PM Monday, February 24th, 2020.
One entry per person; any duplicate entries will be disqualified. One winner per household.
If the user is not already a WCCB VIP Text Club member, they will be prompted to join and will receive up to 2 messages/requests.
Users can opt-out of the WCCB Text Club by texting STOP to 31403 at any time.

ELIGIBILITY: No purchase necessary. To win, you must be 18 years or older and a legal resident of North or South Carolina. No employee of 20th Century Fox Home Entertainment and their affiliated artists and promoters (“Sponsor”) or WCCB-TV (“Station”), their affiliated companies, his or her spouse, or immediate family members and/or those living in the same household of each shall be eligible to win. Immediate family members include, but are not necessarily limited to, parents, brothers, sisters, nieces, nephews, aunts, uncles, cousins, and grandparents. Employees, or relatives of employees, of any television or radio station in the Charlotte Nielsen DMA or Charlotte Arbitron ADI are not eligible to win. Additionally, Station reserves the right to disqualify any other person from participation in the Contest where such participation would, in the sole opinion of Station, compromise or give the appearance of compromising the integrity of the Contest. No person shall be eligible to win any contest conducted by the Station more than one time in any sixty-day period.

6) Winners will be notified by text no later than 10 PM on Monday, February 24th, 2020 with instructions on how to claim the prize. Winners must claim the prize by 5 PM Friday, March 27th, 2020 or the prize will be forfeited. No prizes will be mailed. Please don’t come to the station unless instructed to do so.