RALEIGH, N.C. — Officials say an inmate, who was convicted for a 2017 Charlotte murder, was killed during a prison fight at Maury Correctional Institution. 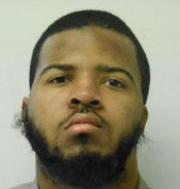 Officials say he was serving a 25-year prison sentence for second degree murder.  He was admitted to prison on March 31, 2018 after he was convicted in Mecklenburg County, according to a news release.

Officials say the other offender involved in the incident was treated for non-life threatening injuries.  The Department of Public Safety is cooperating fully in the investigation by the Greene County Sheriff’s Office., according to a news release.  The death is also under internal investigation.