FAYETTEVILLE, N.C. — Authorities in North Carolina say they solved a 20-year-old cold case Thursday when they tracked down a woman accused of killing her newborn son and dumping his body along a road in 1999. 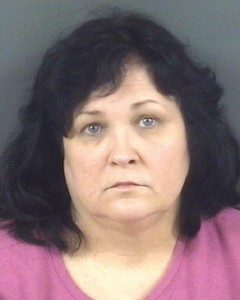 Investigators alleged she gave birth to the baby boy, nicknamed “baby Michael,” just one day before he was placed in a trash bag and tossed from a moving car south of Fayetteville. The infant had died of blunt force trauma, the office said.

Detectives searched for the baby’s parents, but nobody came forward and leads eventually ceased, according to the statement.

The child’s DNA, along with the umbilical cord that was still attached, were recently sent to a lab for fresh testing. Detectives used the results to locate O’Conner more than 200 miles (322 kilometers) west of where the baby was found, the agency said. She then admitted to investigators that she was the boy’s mother, Sheriff Ennis W. Wright said in the statement.

O’Conner was charged less than two weeks ahead of the 21st anniversary of the day baby Michael was discovered. No bond has been set, and she was to appear in court Friday, news outlets reported.

It’s unclear whether O’Conner has an attorney who can comment on her behalf.