A man who was recently accused of a reported robbery in Catawba County has been exonerated of the crime while the accuser has been charged for false information.

Investigators have cleared Bryan Howell for any involvement in the robbery in question from February 28, according to a news release. Howell who was initially named the person of interest denied committing the robbery and provided proof that cast doubt on the accusations.

After additional information gathers it was determined that the robbery did not happen.

Melinda Dorrine Yoder, 49, who accused Howell of this crime has been charged with Felonious Obstruction of Justice, according to Catawba County deputies. 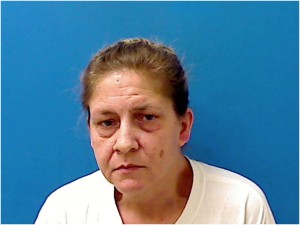 According to a news release, Yoder received a $2,500 unsecured bond and has a first appearance in District Court on March 3, 2020.

CATAWBA COUNTY, N.C. — The Catawba County Sheriff’s Office has located the suspect involved in a robbery, no charges have been filed at this time.

According to a news release, a resident of Deal Road, which is in the Oxford community, reported a robbery on Friday at 8: 23 a.m.

The female resident informed deputies and investigators that she was confronted by the suspect as she approached her mail box, deputies said. The suspect then demanded money before instructing her to reenter her home.

The suspect followed her inside and continued to demand money. The suspect then left on foot after receiving a small amount of money.

After a description of the suspect the deputies were informed of a person matching the description at the Lake Lookout Market on Oxford School Road just minutes after the incident.

The suspect was captured on surveillance footage and identified as 50 year-old Bryan Howell.

Howell was located later the same day and is cooperating with Sheriff’s Office investigators.