CATAWBA COUNTY, N.C. — Convicted of sexual and physical assaults of multiple victims a Conover man will spend at least 18 years in prison.

Jose Angel Melgar Guardado, 42, was sentence to was sentenced to serve an active incarceration period of 18 to 27 years, after he pleaded guilty to incest with a child, statutory rape of a child, indecent liberties with a child and two counts of assault on a child under the age of 12 during Catawba County Superior Court on Monday, according to a news release. 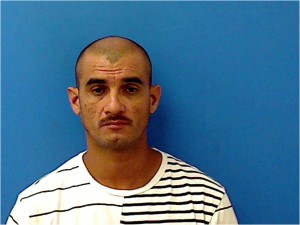 The Catawba County Department of Social Services was contacted in July 2018 about instances of child neglect concerning Guardado in reference to a 13-year-old female, a 9-year old male and a 5-year-old female.

According to a news release, during an interview conducted by the Children’s Advocacy and Protection Center of Catawba County, disclosures were made by the 13-year-old female victim that she had been touched in inappropriate places and ways by Guardado. She also stated that he made her perform various sexual acts on him before he raped her.

In addition, the male victim disclosed that he had been physically assaulted by Guardado on two occasions, including one instance when he saw the defendant sexually assaulting the 13-year-old female victim.

The youngest female also informed officials that she also saw the defendant inappropriately touching the oldest victim, according to a news release.

When interviewed by law enforcement, Guardado stated that he had started drinking and admitting to striking and touching the victims, repeatedly saying that he “made a big mistake.”

Guardado will serve his sentence in the custody of the North Carolina Division of Adult Corrections. He also will have to register as a sex offender for a period of 30 years and is subject to deportation upon his release from prison.