CHARLOTTE, N.C. — Two suspects have been charged for the attempted murder of a 48-year-old woman following an attempted robbery at Mr. C’s Family Restaurant, according to CMPD.

Officers responded to an attempted armed robbery around noon on Thursday. Upon arrival 25-year-old Deonte Curry was on the scene fighting with victims inside the restaurant, a news release said.

Curry was quickly detained. Also, the victim who was suffering from serious, life-threatening injuries due to a gunshot wound was provided medical attention and was transported to the hospital, CMPD says.

With the help of the CMPD Police Canine Unit along with additional patrol units the second suspect, 24-year-old Trevon Ricks, was quickly located, a news release stated.

The investigation into the case is ongoing.

Detectives are not looking for any additional suspects, but do ask anyone with information about this case to call 911, or leave that information anonymously by contacting Crime Stoppers at 704-334-1600 or http://charlottecrimestoppers.com/.

CHARLOTTE, N.C. — An employee was shot during a robbery at a north Charlotte restaurant, according to the Charlotte-Mecklenburg Police Department.

Officers say they were called to Mr. C’s Original Family Restaurant on North Tryon Street near E. Craighead Road just after 12pm in reference to a robbery. 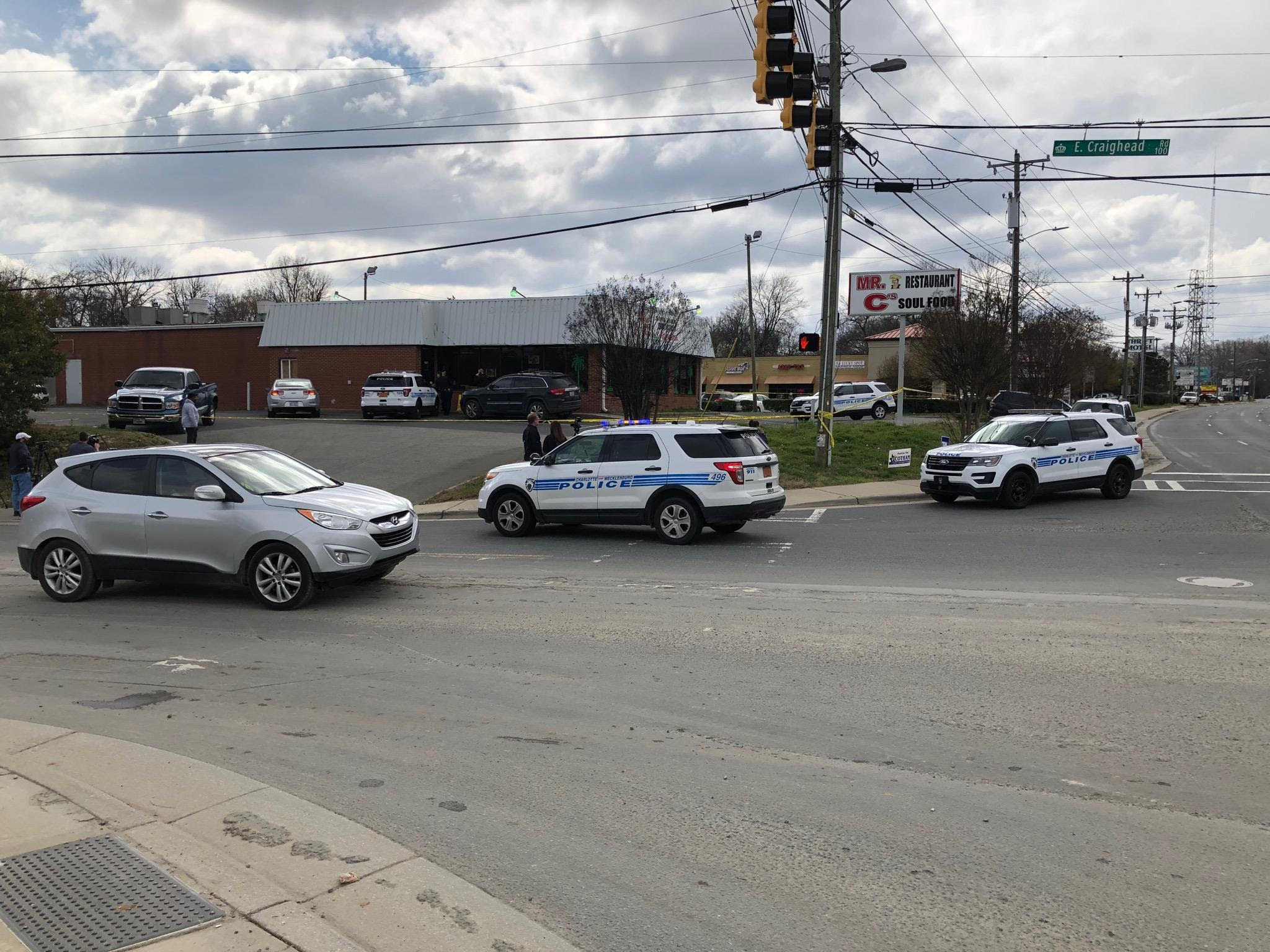 During the robbery, police say the suspect fired a gun inside the business, striking the employee.  The victim was taken to a local hospital with non-life threatening injuries, according to a news release.

One person has been detained at the scene, according to CMPD.  This is a developing story.  Check back for updates.