According to officials, on March 6 around 1:30 a.m. a deputy was patrolling near Lancaster Street and attempted to conduct a traffic stop. The suspect then failed to stop and a short pursuit occurred that resulted in Leach leaving his vehicle, letting it roll into a tree, and fleeing on foot.

After the short pursuit the deputy caught the suspect who has been identified as George Leach and arrested him. 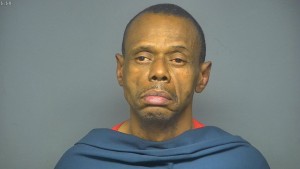 Leach is being charged with Possession of a Controlled Substance, Resisting Arrest, Failure to Stop for a Blue Light, and Driving Under Suspension, the Chester County Sheriff’s Office said.

Officials stated that Leach is also wanted by York County on a Family Court Bench Warrant.

Leach is currently housed in the Chester County Detention Center.