Garth Brooks has officially rescheduled his upcoming stadium concerts due to the coronavirus.  Brooks, who sold out Bank of American Stadium in 90 minutes, will now perform on June 13th instead of May 2nd.

All tickets will be honored.  He released the following statement:

“Like so many people right now, I just want to get back to what I do. Knowing these shows are eventually going to happen makes me happy,” said Brooks.

CHARLOTTE, N.C. — One of the worlds best-selling artist of all time, Garth Brooks, has sold out his Charlotte show in 90 minutes Friday. 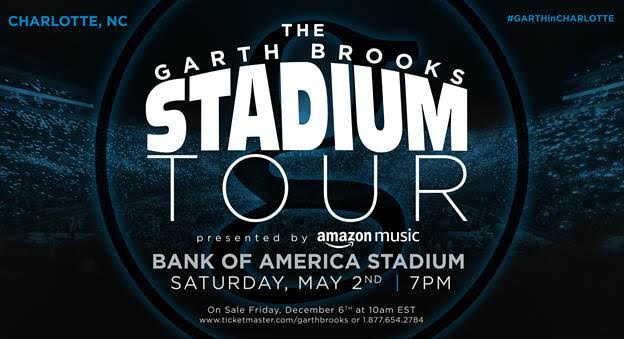 Brooks will headline his Charlotte stop at Bank of America Stadium on Saturday, May 2nd.

The Amazon Music presented show is reportedly the largest paid crowd in the history of the stadium.