CMPD Detectives have charged a suspect for their involvement in a southwest Charlotte homicide.

After an investigation, 27-year-old Karrington Paige was identified as a suspect in the case. 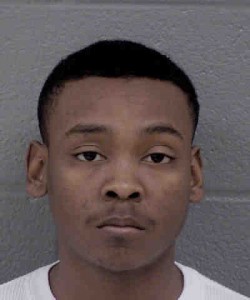 Paige was arrested without any incident on Monday and interviewed by detectives.

He was then transferred to the custody of the Mecklenburg County Sheriff’s Office and charged with Murder, Attempted Murder, Possession of Firearm by Felon, and four counts of Shooting into an Occupied Property, according to CMPD.

CHARLOTTE, N.C. — The victim in a southwest Charlotte homicide investigation has now been identified, CMPD detectives are still looking for the suspect involved in the case.

According to a news release, CMPD responded to an assault with a deadly weapon call at the area of the intersection at Nations Ford Road and West Arrowood Road around 10:45 p.m. on Wednesday.

Upon arrival, officers located a man with a gunshot wound in the parking lot, police say.

The victim, 25-year-old Michael Anthony King, was pronounced dead on the scene.