In 1917 at the height of the First World War, two young British soldiers, Schofield (MacKay) and Blake (Chapman) are given a seemingly impossible mission. In a race against time, they must cross enemy territory and deliver a message that will stop a deadly attack on hundreds of soldiers—Blake’s own brother among them. 1917 comes to Digital, 4K Ultra HD, Blu-rayTM and DVD with bonus content showcasing the incredible craft and artistry behind the immersive feature, including a detailed look into the production design, how the film engineered a one shot, 360-degree format and interviews with the cast and crew.

PLEASE NOTE: In-person prize collection at the WCCB studios is suspended while the Stay At Home order for Mecklenburg and other surrounding counties is in effect. Please do not visit the station to collect your prize unless instructed to do so (even when the order is lifted). The digital copy of the movie will be offered and can be emailed to the winners after they have claimed. The physical copy of the movie can be collected at a later date. 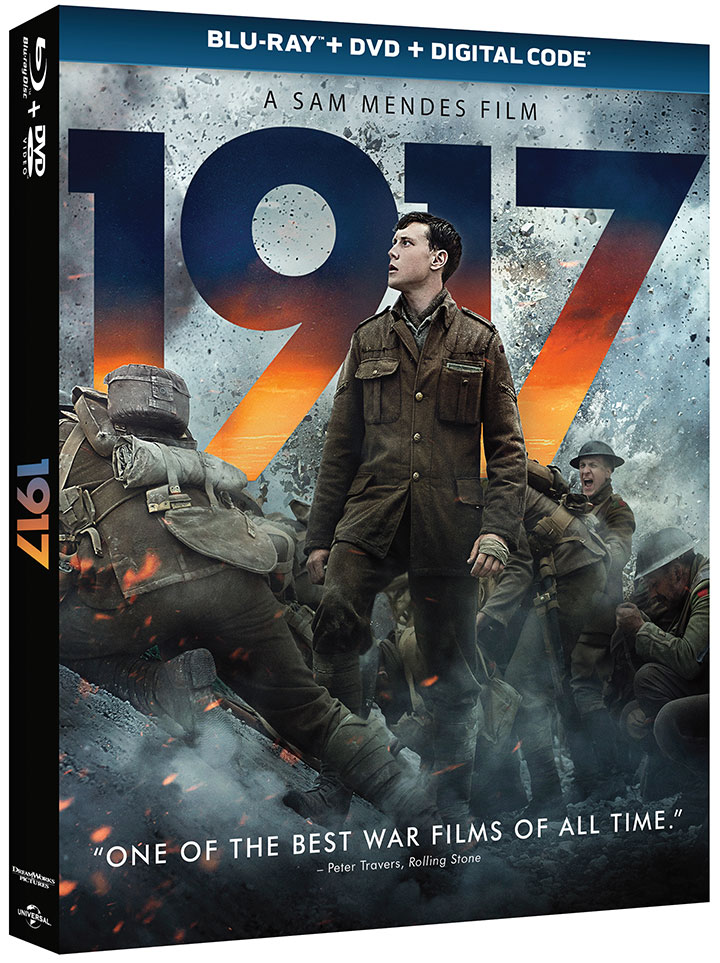 1917, the critically acclaimed, multi-award winning action spectacle including Academy Award® winner for Best Cinematography arrives on Digital March 10, 2020 and on 4K Ultra HD, Blu-rayTM and DVD March 24, 2020 from Universal Pictures Home Entertainment. Hailed as “One of the most extraordinary cinematic achievements of the year” (JoBlo), the universally acclaimed film combines groundbreaking film making, memorable performances, and an unforgettable insight into the human experience against the shattering background of war. Additionally an Oscar® winner for Best Visual Effects and Best Sound Mixing, 1917 is “a new war movie classic” (NY Post).

HOW TO WIN: No purchase necessary. Viewers must text the word “SOLDIERS” to 31403 by 9 PM Monday, March 30th, 2020. Winners will be randomly selected at 9 PM and sent a confirmation text detailing how to claim the prize. No prizes will be mailed.

Deadline for entries is 9 PM Monday, March 30th, 2020.
One entry per person; any duplicate entries will be disqualified. One winner per household.
If the user is not already a WCCB VIP Text Club member, they will be prompted to join and will receive up to 2 messages/requests.
Users can opt-out of the WCCB Text Club by texting STOP to 31403 at any time.

ELIGIBILITY: No purchase necessary. To win, you must be 18 years or older and a legal resident of North or South Carolina. No employee of Universal Pictures Home Entertainment and their affiliated artists and promoters (“Sponsor”) or WCCB-TV (“Station”), their affiliated companies, his or her spouse, or immediate family members and/or those living in the same household of each shall be eligible to win. Immediate family members include, but are not necessarily limited to, parents, brothers, sisters, nieces, nephews, aunts, uncles, cousins, and grandparents. Employees, or relatives of employees, of any television or radio station in the Charlotte Nielsen DMA or Charlotte Arbitron ADI are not eligible to win. Additionally, Station reserves the right to disqualify any other person from participation in the Contest where such participation would, in the sole opinion of Station, compromise or give the appearance of compromising the integrity of the Contest. No person shall be eligible to win any contest conducted by the Station more than one time in any sixty-day period.

6) Winners will be notified by text no later than 10 PM on Monday, March 30th, 2020 with instructions on how to claim the prize. Claim deadlines have been extended until further notice (see note wccbcharlotte.com/contest for more details). No prizes will be mailed. Please don’t come to the station unless instructed to do so.