CMPD detectives have charged 37-year-old Daniel Pereyra-Nandayapa for the murder of Hector Cruz. 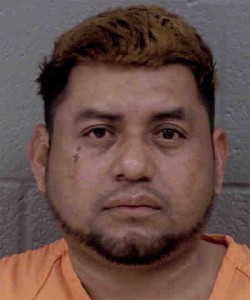 After an investigation, the suspect was identified in the case and was arrested on March 29 without incident.

According to CMPD, after being interviewed Pereyra-Nandayapa was transferred to the custody of the Mecklenburg County Sheriff’s Office and charged with Murder.

CHARLOTTE, N.C. — Detectives with the Charlotte-Mecklenburg Police Department are conducting a homicide investigation after they say a man was stabbed to death Saturday evening in south Charlotte.

On Saturday, March 28th around 8:20pm, officers responded to an assault with a deadly weapon call off Mont Carmel Lane, which is near E. Arrowood Road.

Upon arrival, authorities located a man with an apparent stab wound.  He has been identified as 65-year-old Hector Cruz.  He was transported to a local hospital where he died, according to a news release.

Authorities say the incident was domestic related and the victim and suspect are known to each other.

Anyone with information about this incident is asked to call 704-432-TIPS or contact Crime Stoppers at 704-334-1600 or http://charlottecrimestoppers.com/.

Do My Job: Baking with Renata's Kitchen