IREDELL COUNTY, N.C. — A Statesville man has been arrested following a traffic stop that led to the discovery of marijuana and guns in Iredell County.

On April 2, 2020, an Aggressive Criminal Enforcement Team deputy stopped a vehicle driven by 29-year-old Derryck Turner on Turnersburg Highway near Country View Road for a traffic violation, according to the Iredell County Sheriff’s Office. 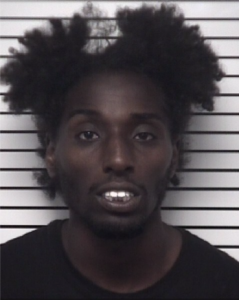 Iredell County authorities says the deputy became convinced illegal drugs were possibly in the car after asking Turner to step out of the car to check his license status. A second deputy arrived at the scene with canine officer”Bosco”, who alerted the deputies to the odor of an illegal narcotic.

Deputies searched the vehicle and all occupants and discovered 9.2 ounces of marijuana, two handguns and multiple items of drug paraphernalia, according to officials.