CHARLOTTE, N.C. — The CMPD is asking for the public’s assistance in locating Ricardo Aguilar who is wanted for disabling his electronic monitor. 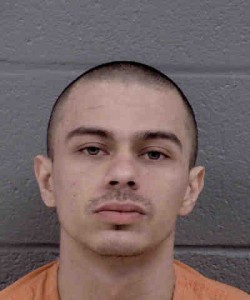 Aguilar was court ordered to wear an electronic monitoring device as a condition of his pre-trial release. He was last known to be in the area of Galleria Blvd, near Walmart on Sardis Road North, in south Charlotte on April 4.

According to police, Aguilar has been described as 5’06” and 130 pounds.

Anyone with information on the whereabouts of Ricardo Aguilar, should immediately contact the Electronic Monitoring Unit at 704-432-8888, option #3, call 911 or go to www.charlottecrimestoppers.com.