CLEMSON, S.C. — Several years before building a Super Bowl roster in San Francisco, John Lynch the broadcaster was pining for a new kind of defensive playmaker.

What the NFL needed to counter all the offensive innovations driving up scores, he said back in 2013, was a hybrid linebacker/safety who could stay on the field no matter the down and distance, regardless of the pace or the play.

Some players have started to fit that bill, none the likes of Isaiah Simmons. The 6-foot-4, 238-pound Clemson captain lined up at linebacker, over the slot and in the deep middle for the Tigers. He projects as an even more all-purpose pro. 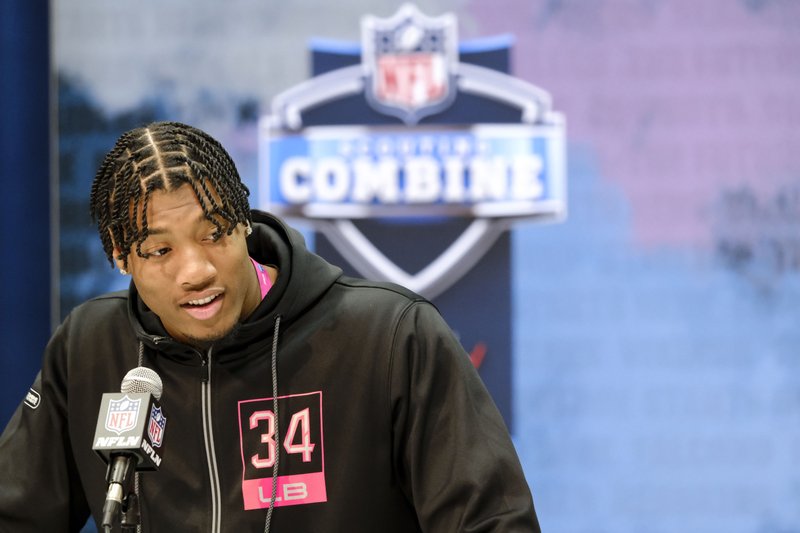 “Simmons is built for today’s NFL,” said NFL Media analyst Daniel Jeremiah, “and his role could change week to week, depending on the opponent.”

Simmons’ specialty is his versatility.

“I can fit in anywhere,” Simmons said.

Clemson defensive coordinator Brent Venables lined him up all over the field except nose tackle and defensive tackle.

Back in Lynch’s playing days and even during most of his time in the broadcast booth, NFL teams leaned toward prototypical prospects who fit the mold as much as the scheme.

“Tweeners,” as they were referred to — sometimes derisively — were typically downgraded for their lack of specialization.

Now, adaptability and ambidexterity are attributes.

“I think it’s really beneficial for me,” Simmons said. “I know years ago it wasn’t good to be a position-less guy. But now it’s become a benefit for me just because of all the versatility I’ll be able to (provide).”

Although he’s had some multi-talented predecessors in recent years such as Chargers strong safety Derwin James, there’s not been anyone quite like Simmons, who can’t even count himself a genuine acolyte of any specific NFL player.

“I don’t know if I truly have one person you could compare me to just for all the different things I do,” Simmons explained.

That said, he does have a trio of superstars he models.

“If I have to go look at film of somebody to get something, it would be Von Miller just for pass rush, Jalen Ramsey for man techniques and Tyrann Mathieu just because he plays around everywhere, as well,” Simmons said.

While Mathieu can play anywhere in the back seven, Simmons produced at all three levels on defense at Clemson. He seamlessly transitioned from defending the deep pass to covering tight ends over the middle, thwarting running backs in the box and rushing the passer off the edge.

Playing up to five positions on an afternoon wasn’t uncommon nor physically too demanding for Simmons.

“The hardest part about it is just the mental aspect, having to know what everybody else has to do,” Simmons said. “That was the most complicated thing I had to deal with. But I learn everything very fast. … At Clemson our back seven, we all meet in the same room, so I’m able to hear everything all at one time as opposed to having to go from room to room.”

He doesn’t have a position preference in the NFL.

“I like an interception just as much as I like getting a sack,” Simmons said. “I don’t think I have a favorite.”

Although he worked out with the linebackers at the NFL scouting combine, Simmons had a quick retort for anyone asking what position was in his blood.

It’s not as if he’ll have to choose one position or another in the pros, either.

“He can do anything,” Jeremiah said. “… So with a guy like Isaiah Simmons, whether you want to list him as a linebacker or safety, I know you plug him into that defensive scheme and week by week you can deploy him in different ways depending on what the strength of your opponent is.

“That’s why he has so much value.”

Simmons believes NFL coaches will prove just as creative as Venables and Dabo Swinney in capitalizing on his many skills.

“Mentally I feel like there isn’t anything I can’t do,” Simmons said, suggesting he’s the remedy for all those terrific tight ends winning so many mismatches on Sunday afternoons.

“The game is evolving,” Simmons said, “Something has to be done to stop these Travis Kelces and George Kittles out there.”

And he’s just the man for the job.