WASHINGTON, D.C. — A spokesman for a key House panel said Friday that the White House has blocked Dr. Anthony Fauci from testifying next week at a hearing on the coronavirus outbreak.

House Appropriations Committee spokesman Evan Hollander said the panel sought Fauci — the highly respected director of the National Institute of Allergy and Infectious Diseases — as a witness for a subcommittee hearing on the government’s response to the pandemic, but was denied. Hollander said the panel was informed by an administration official that Fauci’s testimony was blocked by the White House. 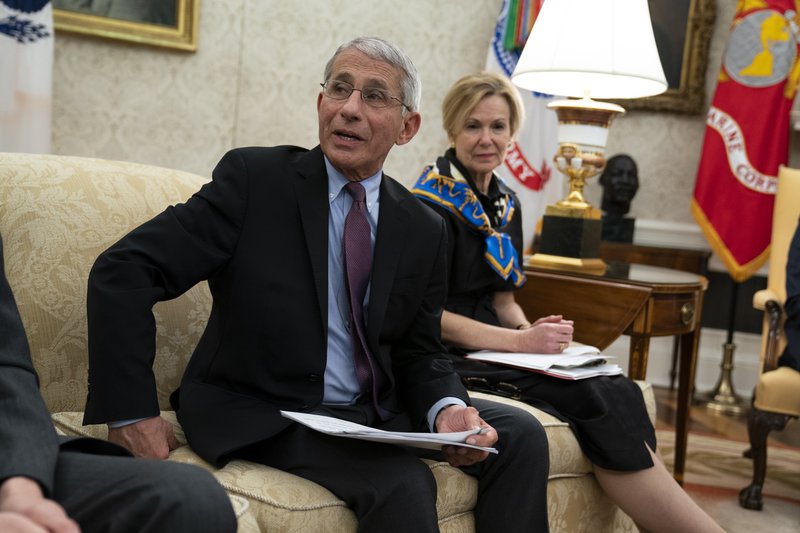 The White House said Fauci is busy dealing with the pandemic and will appear before Congress later. In fact, Fauci is set to appear the week after next at a Senate hearing, a spokesperson for the Health, Education, Labor and Pensions committee said. The Senate is held by Trump’s Republican allies while the House is controlled by Democrats.

“While the Trump Administration continues its whole-of-government response to COVID-19, including safely opening up America again and expediting vaccine development, it is counter-productive to have the very individuals involved in those efforts appearing at Congressional hearings,” said White House spokesman Judd Deere. “We are committed to working with Congress to offer testimony at the appropriate time.”

Fauci is the top scientist on President Donald Trump’s coronavirus task force and is no stranger to testifying before Congress. He has sometimes contradicted Trump’s optimistic misstatements about the virus and how much it is under control after claiming more than 64,000 lives in the U.S.

Fauci has warned against relaxing social distancing rules that have helped slow the spread of the virus but caused a major hit to the economy. That has earned him criticism from some of Trump’s most ardent supporters, and Trump himself has retweeted a supporter who called for Fauci’s firing.

Healthy Headlines: Minor Effects You Can Expect When You Get Your COVID-19 Vaccination

How To Have A Texas Day in Charlotte