IREDELL, N.C. — A man is facing arson charges after attempting to set an acquaintances home on fire over the weekend, according to Iredell County authorities.

According to the Iredell County Sheriff’s Office, on May 10th, deputies responded to a house fire on Garden Valley Road.

Arriving deputies talked with members of the Cool Springs Volunteer Fire Department who told them that someone had intentionally set a fire under the home.

During the investigation, deputies determined that a domestic disturbance call was made at the residence the night before. 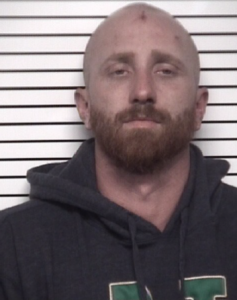 Officials say 29-year-old Christopher Walker was involved in an argument with his girlfriend and the homeowner asked them both to leave.

A victim of the house fire told investigators she woke up in the early mornings of May 10th to the smell of plastic burning, before going outside and finding the fire under the house and calling police.

Evidence collected at the scene supported the victim’s claim that Christopher Walker had gone under the residence and started a fire while the victim and a family member were sleeping inside.