The CMPD has charged 27-year-old Darryana Hearn for the murder of 29-year-old Demario Tillman following a verbal altercation in west Charlotte Saturday night.

Detectives identified Hearn as a suspect during the course of the investigation and issued a warrant for her arrest.  On May 24th, Hearn turned herself into the Mecklenburg County Sheriff’s Office. 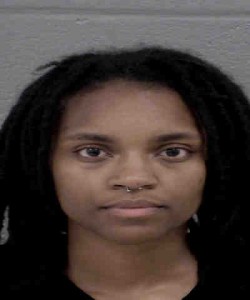 CHARLOTTE, N.C. — The CMPD is investigating after a person was shot and killed in west Charlotte Saturday night.

According to the CMPD, around 9 p.m., officers responded to a shooting on Hovis Road near the intersection of Bradford Drive.

A person at the scene told officers the victim had been taken to the hospital in a private vehicle. Additional officers responded to Atrium Health, and a short time later officers were notified the victim had died.

Police say the shooting stemmed from a verbal altercation between the victim and suspect, who were acquaintances.

The CMPD has not released any suspect information and the case remains under investigation.

Anyone with information about this incident is asked to call 704-432-TIPS and speak directly to a Homicide Unit Detective. Detective Pearson is the lead detective assigned to the case.  The public can also call Crime Stoppers at 704-334-1600 or visit the Crime Stoppers website at http://charlottecrimestoppers.com/.