According to the CMPD, at around 8:18 a.m. Sunday morning, a citizen called 911 and asked them to check on a man who had showed up at their residence.

Arriving officers located Henry Peterson, who was in good health, according to police.

Peterson has since been reunited with his family.

CHARLOTTE, N.C. — The CMPD is asking for assistance locating a missing 71-year-old man with cognitive issues.

According to police, a Silver Alert has been issued for Henry Peterson. 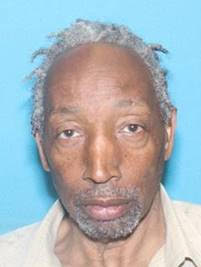 The CMPD says a family member went to check on Peterson at his residence on Remington Street off Lasalle Street, but Peterson was not home.

Peterson is described as a black male about 6 feet 3 inches tall and 203 pounds. He has gray hair and brown eyes. He was last seen wearing black pants, a black shirt, black and white shoes, and a hat.

Anyone who sees or has information about Henry Peterson is asked to call 911 immediately. In addition, you may also call Crime Stoppers at 704-334-1600.  Detective Tuttle is the assigned detective for this case and his number is 704-336-8340.