The CMPD says Cynthia Reed was located safe at the Charlotte Transportation Center.

CHARLOTTE, N.C. — The Charlotte-Mecklenburg Police Department is asking for the public’s assistance in locating a 72-year-old woman with cognigtive issues.

According to police, at approximately 10:00 a.m. on June 20th, 2020, 72-year-old Cynthia Ann Reed left her residence on Seneca Place on foot.  Reed does not have a car and is believed to be in the South Boulevard and Woodlawn Avenue area. 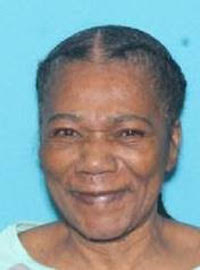 Police say Reed has been diagnosed with cognitive and medical issues.  She is described as a black female, approximately 5 feet tall and 120 pounds. She was last seen wearing a pink and gray North Face jacket, red and pink scrubs bottoms, and carrying a white bag with laundry inside.

Anyone with information on Reed’s whereabouts is asked to call 911 immediately.