After a Wednesday night traffic stop, Salisbury Police made an arrest in the Green Street homicide case that happened early June.

According to police, a stop was conducted on 25-year-old Dequan Torrez Chawlk around 10:45 p.m. at the Rushco on Jake Alexander Blvd. 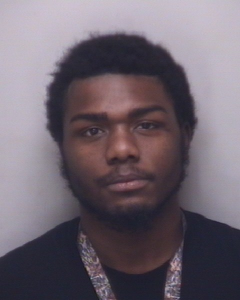 Chawlk was taken into custody and arrested for the First-Degree Murder in the death of Henry Wilder Jr, police say.

In addition, drugs and weapons were located in the suspect’s vehicle as well.

According to Salisbury Police, one victim of a late night Salisbury shooting has passed away due to his injuries. Henry Lee Wilder Jr., the 33-year-old identified victim, passed away around 4 a.m.

The second victim has been identified as 24-year-old D’Andre Treashan Mitchell and was listed in good condition, police say.

This case is under investigation. No further information at this time.

SALISBURY, N.C. — Salisbury Police are investigating a Sunday night shooting that three victims in the hospital with injuries.

Around 10 p.m., police responded to calls of shots fired on Green Street near Bringle Ferry Road.

The investigation is still active and ongoing.

If anyone has information about a crime can contact Salisbury Police at (704) 638-5333 or call Salisbury-Rowan Crime Stoppers at 1-866-639-5245. Tips may be submitted online at tips.salisburyrowancrimestoppers.org.