LeGrande was reunited with her family shortly after being located, police say.

MATTHEWS, N.C. — The Matthews Police Department is asking for the public’s assistance with locating a missing 16-year-old.

According to a news release, Makenzie LeGrande was last seen on Oscar Drive, off of Matthews-Mint Hill Road, in Matthews on July 29 around 9:30 p.m. 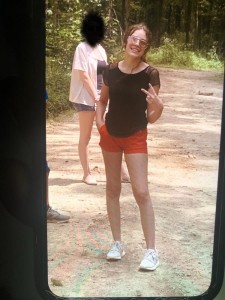 LeGrande has been described by police as a 16-year-old, weighing around 120-125 pounds and 5’7″ tall with grayish eyes. She was last seen wearing a white t-shirt with an image of two football players on it, off-white shorts with black trim, and gray low cut Adidas sneakers.