CHARLOTTE, N.C. — Starting on Sunday, August 23rd the Republican National Convention will create detours in and around Charlotte.

Transit officials say the LYNX Blue Line will not be operating between Carson Station and 7th Street Station, and CATS will operate on a modified schedule.

Officials say inbound service traveling to Uptown will follow its regular route until reaching Carson Boulevard, and from there, buses will take passengers where they need to go. 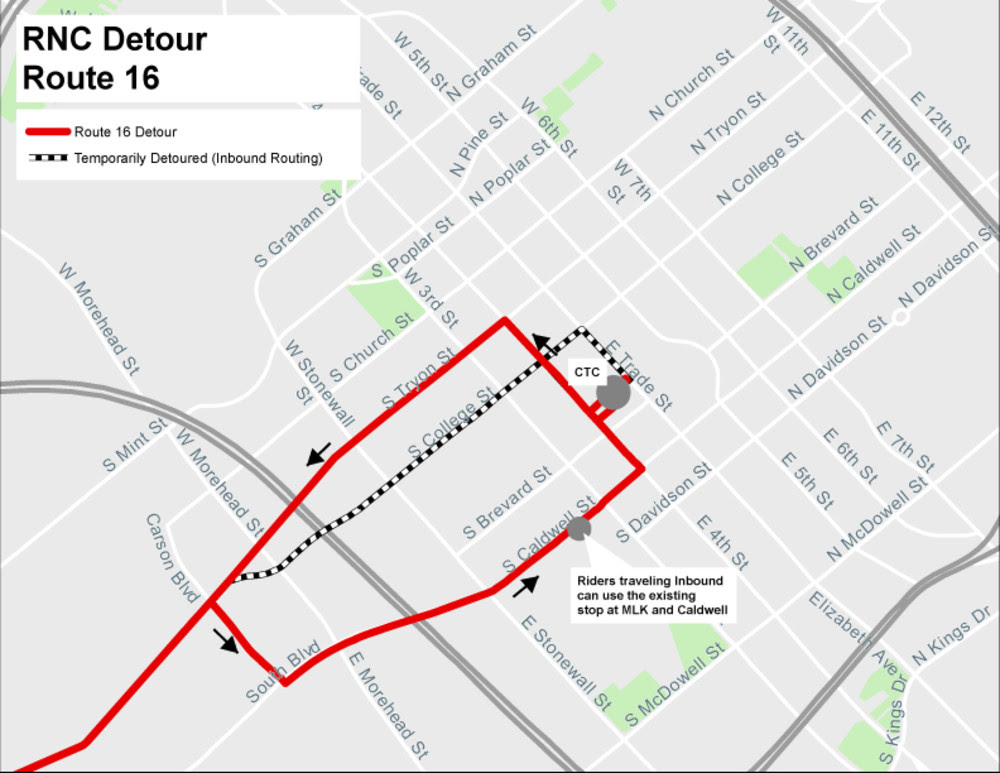 Officials say inbound service traveling to uptown will remain the same until reaching Morehead and Mint Street, and buses will take passengers from there. 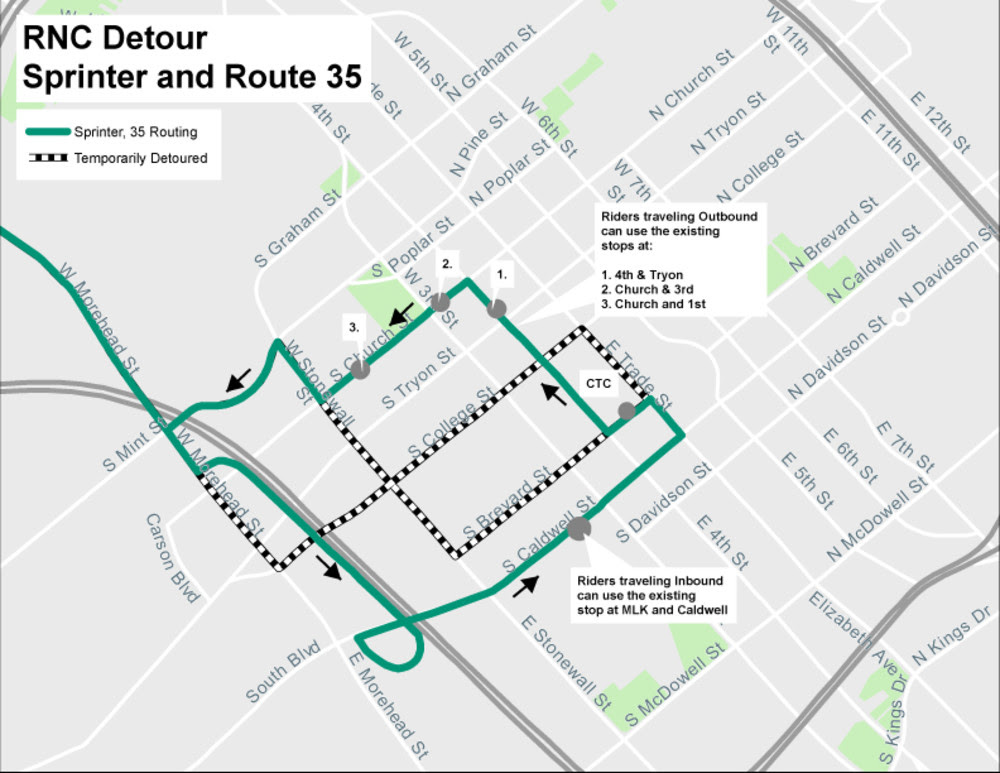 For more information on the modified routes due to the RNC click here.