CHARLOTTE — A Charlotte family is hopeful police are closer to finding their loved one’s killer.  63-year-old Wilma Petty was shot to death in July as she was picking up her granddaughter from a birthday party in Dillehay Court Apartments in North Charlotte.  Investigators believe she was caught in the crossfire of someone shooting in the parking lot.  Petty died on the scene.  Her family was steps away when the shots were fired.

“I was sitting here, and she pulled into the parking lot, and the gunshots rang out and when I secured most of the children in the house when we got back to the door somebody said there’s somebody laying there,” says Robert Gaddy, Petty’s relative.  “I’m so angry at a community that wake up the next morning after something tragic, and we just go on,” says Gaddy. 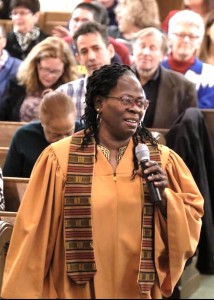 Crimestoppers is offering a 15-thousand dollar reward for information about who shot and killed Petty.  You don’t have to give your name or testify.