Charlotte-Mecklenburg Detectives have charged a 21-year-old man Thursday who was wanted in connection to a southwest Charlotte homicide that happened the beginning of August.

Police identified Jamie Marcel Graham as the prime suspect in the Solomon Fleming murder case after an investigation and issued warrants for his arrest. Graham was arrested by the Violent Criminal Apprehension Team (VCAT) with the assistance of officers from the CMPD K9 Unit and Providence Division on Sept. 18, police say. 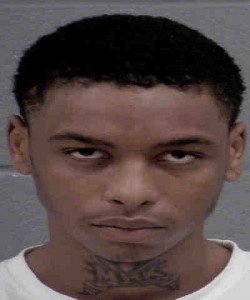 Detectives say after an interview, Graham was transferred to the custody of the Mecklenburg County Sheriff’s Office and charged with Murder, Robbery with a Dangerous Weapon, and Firearm by a Felon.

The Charlotte-Mecklenburg Police Department is requesting the public’s assistance in locating a wanted man for the murder of a 22-year-old that was fatally shot in southwest Charlotte Saturday.

According to police, 20-year-old Jamie Marcel Graham Jr. has been identified as the suspect in the murder case of Solomon Fleming.

Graham currently has outstanding warrants for Murder, Robbery with a Dangerous Weapon, and Possession of a Firearm by a Convicted Felon, police say.

Anyone who observes Graham is asked to exercise caution and call 9-1-1 immediately. The public can also contact Crime Stoppers at 704-334-1600 or http://charlottecrimestoppers.com/.

CMPD say detectives have identified the man who died in the south Charlotte shooting as 22-year-old Soloman Fleming Jr. 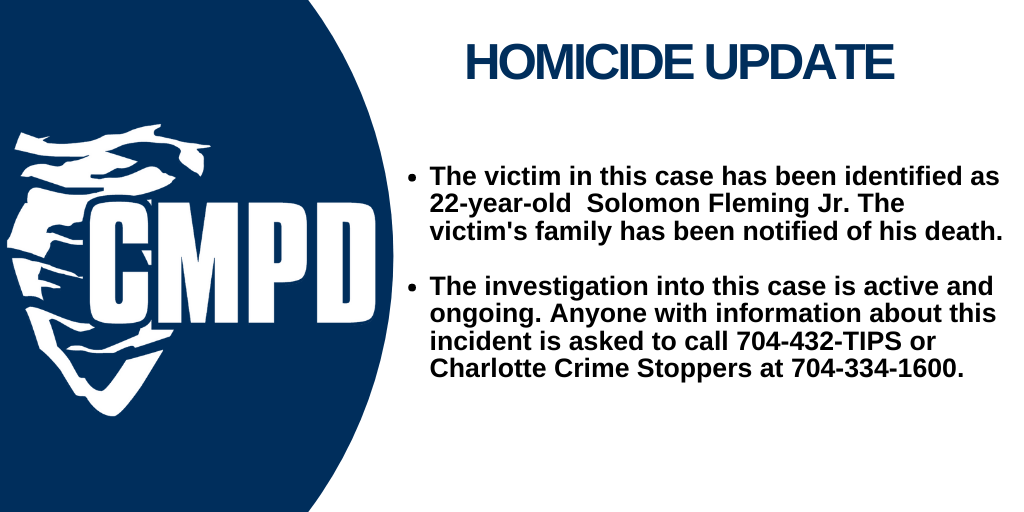 CHARLOTTE, N.C. — Officers found one man dead with a gunshot wound after receiving a phone call about an Assault with a Deadly Weapon on South Tryon Street, according to a news release.

Police say they responded to the call right before 11 a.m. on August 1st.