According to the Charlotte-Mecklenburg Police Department, a 81-year-old man, that has been missing since Monday, has been located.

Police announced Wednesday afternoon that David Gary has been located and reunited with his family.

CHARLOTTE, N.C. — The Charlotte-Mecklenburg Police Department is asking for the public’s help with locating a missing endangered 81-year-old man, who was last seen Monday.

The call for service for missing David Gary came in around 3:30 p.m. on October 5th after a family member reported his disappearance. 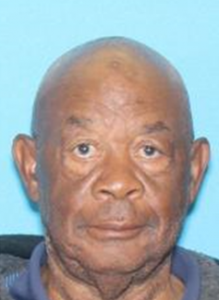 Gary was last seen the same day as the report, at 12 p.m., in the area of 35th Street and The Plaza in NODA.

According to CMPD, Gary suffers from cognitive issues. He was last seen wearing a black long-sleeved shirt, brown pants, and a baseball cap. Gary has also been described as being 5’8″ tall and weighing 150 pounds.

Anyone with information on Gary’s whereabouts is asked to call 9-1-1 immediately.