ALEXANDER COUNTY, N.C. — Deputies say a 36-year-old Taylorsville man has been charged with murder after he shot and killed his mother in a Alexander County home Wednesday morning.

Officers responded to the incident that happened, around 8:45 a.m., at a home off of Harbert Mountain Road on Mount Olive Church Road. Upon arrival, they located a woman with multiple gunshot wounds to the upper torso and arm.

Through an initial investigation officers determined that the suspect had left the scene armed and in a gray hatchback vehicle. Officers were able to locate the vehicle at the intersection of NC Highway 16 North and Mount Olive Church Road and a pursuit began following the suspect refusing to stop.

The pursuit continued until the suspect came to a stop near the victim’s home. Christopher Brown, the identified suspect, was then placed into custody, according to officials. The suspect was also identified as the son of the victim. 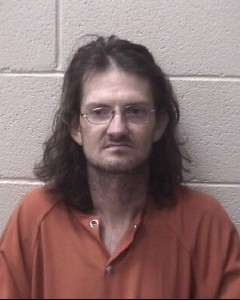 Further investigation showed that the shooting occurred as a result of a domestic dispute. Alexander County EMS transported the victim to a designated helicopter landing zone but the victim was pronounced dead by officials before being arriving at the landing zone.

According to deputies, Brown was transported to the Alexander County Detention Center, where he has been charged with First Degree Murder.

New Study: Only 12% Of Families Will Trick Or Treat This Halloween

Charlotte Voters To Decide on $200 Million Dollars In City Improvements