BOONE, N.C. — Officers with the Boone Police Department say someone stole a Donald Trump banner fixed to a the side of a trailer sometime between 5 p.m. on Sunday, October 11th through 9 a.m. Monday, October 12th.

Boone Police, with help from High Country Crime Stoppers, say the victim is offering a $1,000 reward in addition to any rewards paid by Crime Stoppers to find the thief.

The banner displayed on the trailer was located on NC Highway 105 and was around 40 ft long by 8 ft wide, according to a news release. 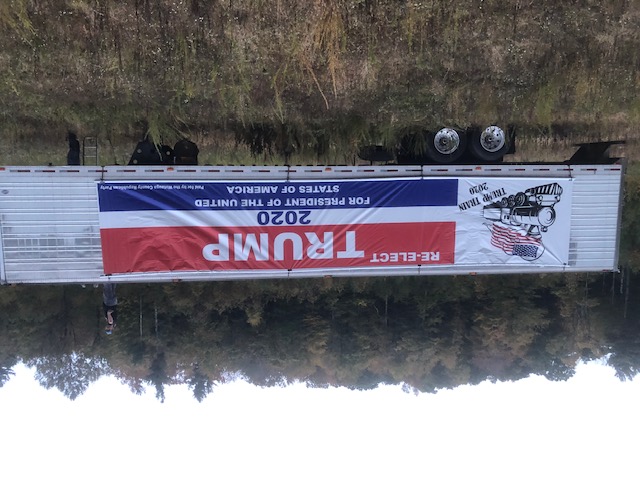