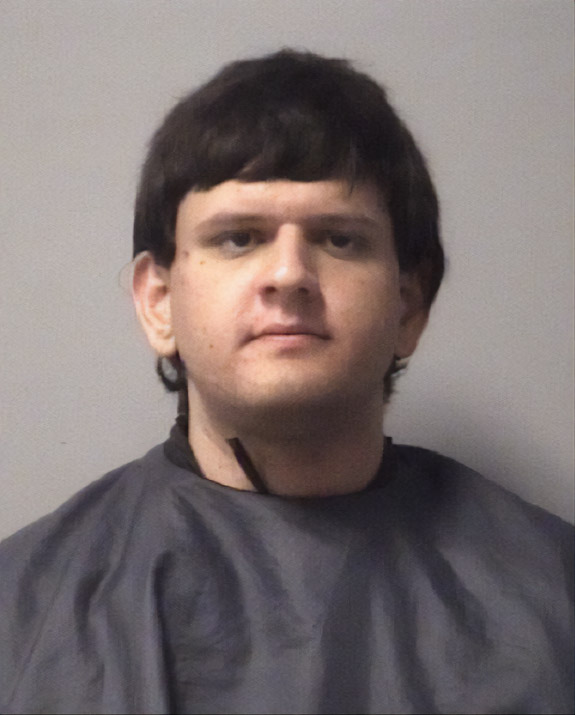 FBI agents say Treisman (also known as Alexander Theiss) was originally arrested back in May in Kannapolis for the child pornography charges, and should remain in custody, due to his connections to domestic terrorism and the possible assassination attempt of Joe Biden.

On May 28th officers with the Kannapolis Police Department found Treisman’s abandoned white Ford van outside of a Fifth Third Bank with an AR-15 style rifle, a box for a Tarus handgun, a cannister of the explosive material Tannerite, and a box of ammunition, according to a news release.

KPD says they towed the van and conducted an even more thorough search finding around $509,000 in U.S. currency, books on bomb making, improvised weapons, and Islam, drawings of swastikas, and planes crashing into buildings, and the following weapons:

Later that day Treisman arrived at the bank in a green Honda Accord to inquire where the missing van had gone, and was taken into custody for questioning, according to a news release.

Officers say they searched the Honda Accord and found two more firearms hidden in a clothes hamper; a Taurus Spectrum .380 caliber and a Intratec 9mm Luger Model AB-10.

Police say they also found multiple forms of identification in Treisman’s wallet from different states including Florida, Washington, and California.

In an interview with KPD and Joint Terror Task Force (JTTF) investigators, Treisman admitted to having an interest in terrorist incidents and mass shootings, and that he traveled across the country buying firearms from several different states, according to a news release.

JTTF investigators say they conducted an online search of Treisman’s aliases, and found another post where he expressed his interest in conducting a mass shooting.

Location services on Treisman’s phone showed he had traveled from South Carolina to North Carolina between May 26th and the 27th, according to a news release.

Detectives say they also found an iFunny meme with the caption “should I kill joe biden,” a timeline of internet searches seeking information on Biden’s whereabouts, and a meme of him killing Biden after purchasing an AR-15 and traveling 4 miles outside of Biden’s home with a note ending in “execute.”

Investigators say several other items were found in their search including links to terrorism, and a get-away plan to Canada.

During cross examination of Treisman, officers say he never disclosed having a mental illness such as Asperger syndrome, which the Defendant’s counsel tried to argue.

Treisman’s counsel suggested he be held at Alpha Human Services, a minimum-security facility located in Minneapolis, Minnesota as an alternative pretrial placement, which the court deemed unreasonable due to the charges against him, according to a news release.

Treisman will be held in custody of the Attorney General of the United States or in a designated corrections facility until his trial, according to a news release.