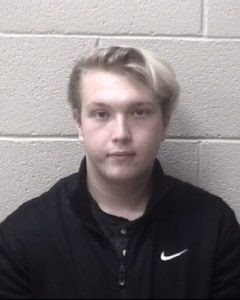 Investigators with the Alexander County Sheriff’s Office say after receiving a tip from the Internet Crimes Against Children Taskforce, they discovered a person in Alexander County was uploading child pornography.

Sheriff Bowman says thanks to Internet Crimes Against Children Taskforce, the North Carolina State Bureau of Investigation, and the Department of Homeland Security they were able to arrest Mast.