Charlotte-Mecklenburg police say an armed 36-year-old man who was arrested Tuesday at a north Charlotte polling site is now facing additional charges after returning to the property following his release from jail.

Justin Dunn, the suspect in the case, returned to the Doug Mayes Place polling site around 6 p.m. on Election Day, just an hour and a half before polls closed, shortly after being released from jail. 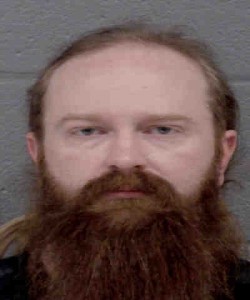 Earlier in the day Dunn was banned from the property. This was the second time he was accused of trespassing at the polling site.

Dunn left prior to officers arriving, so officers worked with the complaining witness to seek warrants for second degree trespass, which was issued by the Magistrate.

The investigation conducted by officers has produced evidence, information and witness statements which are continuing to be evaluated, and officers are working with court officials to determine if there have been any additional laws violated.

Dunn is wanted for a second offense of second-degree trespassing, police say.

CHARLOTTE, N.C. — An armed man was arrested at a north Charlotte polling site after he was banned from the property then returned, police say.

The incident began around 10:30 a.m. on Election Day at Precinct 202 on Doug Mayes Place. Officers say the suspect, identified as 36-year-old Justin Dunn, was legally carrying an unconcealed firearm, but continued to loiter in the PVA of the voting site after he voted.

Officers were called about this incident and responded around 10:40 a.m. Dunn was then asked to leave the property by an official presiding over the precinct location in front of officers and voluntarily left without further issues, officials say.

Dunn was also banned from returning to that location by the precinct official.

At 12:40 p.m., CMPD received an additional call for service advising that Dunn had returned to the property. Upon officers’ arrival, they observed Dunn on the property. Dunn was subsequently placed under arrest and charged with 2nd Degree Trespassing, police say.

CMPD says they are “committed to protecting the right of our community members to engage in safe, secure and unimpeded access to voting sites.”