Charlotte police say a second suspect has been charged in connection to a fatal east Charlotte shooting that happened in October after being located during a West Virginia traffic stop.

Through a continued investigation into the case, 27-year-old Jamaal Rashad Porterfield was identified for his involvement in the death of Jakailah Jackson and Dondrake Blackmoore, police say.

Homicide Unit detectives then issued a warrant against Porterfield for Felony Accessory After the Fact to Murder. Porterfield was arrested Friday for this charge during a traffic stop in Bluefield, West Virginia.

Porterfield will be extradited to North Carolina at a later date.

Detectives were able to identify Xaveon Dunn as the suspect in the Jakailah Jackson and Dondrake Blackmoore murder case after tips from the community along with  from efforts the CMPD’s Targeted Response Apprehension Unit and multiple patrol divisions. Dunn was located at a private east Charlotte residence. 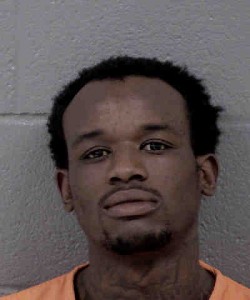 Police say after an interview with detectives, Dunn was transferred to the custody of the Mecklenburg County Sheriff’s Office and charged with two counts of murder, attempted murder, discharging a weapon into an occupied vehicle and possession of a firearm by a convicted felon.

Officers responded to reports of the shooting around 12:15 p.m. to Kilborne Drive, nearby Eastway Drive.

Upon arrival at the scene, a man, identified as 26-year-old Dondrake Blackmoore, was located with a gunshot wound. He was pronounced dead at the scene by MEDIC.

A woman, identified as 27-year-old Jakailah Jackson, was also located suffering from life-threatening injuries due to being shot. Police say she was then transported to a local hospital, where she was pronounced dead.

#Update: Two people, a male and female have died in the shooting in East Charlotte. #CMPD says they were driving in a car on Kilborne Dr.