CHARLOTTE, N.C. — The Charlotte Hornets revealed their new City Edition uniform for the 2020-21 NBA season on November 11th, according to a news release.

Hornets officials say the team partnered with Official Jersey Patch Partner LendingTree to create the mint-colored uniforms, with gold and granite accents, that pay tribute to Charlotte’s history as home of the first U.S. Branch Mint and the Carolina Gold Rush. 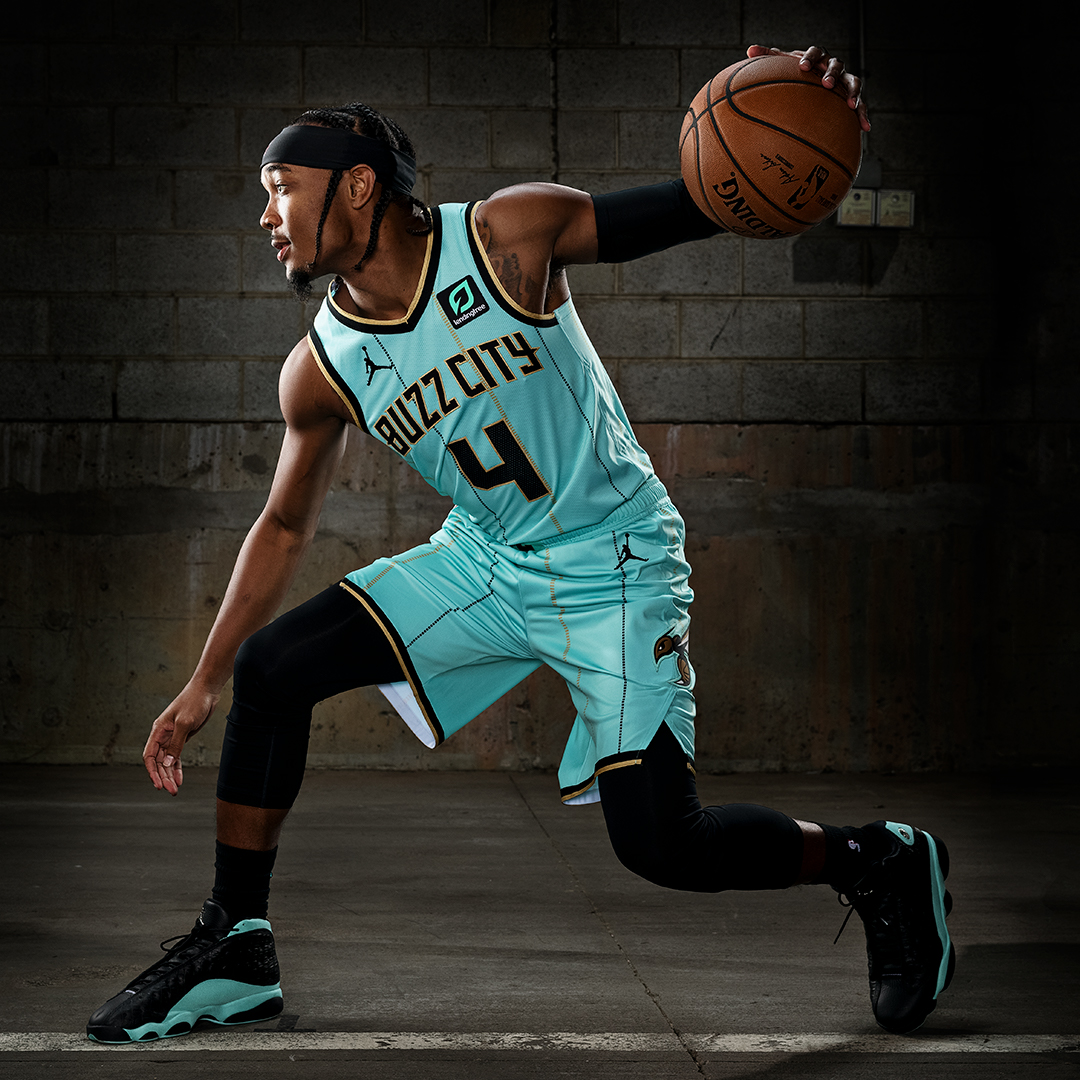 Officials say granite accents were added to the uniform to celebrate granite being the state rock of North Carolina.

“The City Edition uniform is designed to celebrate an aspect of local pride, and we are pleased to pay homage to Charlotte’s reputation as a beacon of hope dating back more than two centuries,” says Hornets President & Vice Chairman Fred Whitfield. “From the Carolina Gold Rush, to the opening of the first U.S. Branch Mint, and on to today as the country’s second largest banking center, our city has a long history of influence and being at the forefront of greatness. We are proud to acknowledge this legacy with a uniform that is as unique as our community and remains in line with our ethos of being vibrant and trendsetting.”

Hornets officials say the front of the jersey will have the nickname “Buzz City,” and will include gold and granite pinstripes on both the jersey and shorts that will be ridged like the edge of a coin.

Officials say the shorts will feature a gold and granite version of the team’s secondary logo on the outside of each leg, and the waistband will have a “C” in the color granite similar to what appeared on coins from the Charlotte Mint.

The new City Edition uniforms will feature logos of Nike’s Jordan Brand on the right chest and the LendingTree logo on the left chest, just as all their other uniforms have, according to a news release.

Officials say this is the fourth consecutive year the logo for the Official Loan Shopping Partner of the Charlotte Hornets, LendingTree, will appear on the team’s jerseys, and that the company is also a partner for the Hornets App, a social media content series, and the Hornets Hoops youth basketball program.

The new jerseys are expected to be available for purchase starting on December 3rd, according to a news release.