According to the Charlotte-Mecklenburg Police Department, a 70-year-old man, that has been missing since Wednesday, has been located.

Police announced Thursday afternoon that Emanuel Ealy has been located and is being reunited with his family.

Ealy was last seen Wednesday, at 5 p.m., at the Harris Teeter located at Morrocroft Village on Morrison Boulevard. He was last seen wearing a black and white horizontal striped sweater.

CHARLOTTE, N.C. — The Charlotte-Mecklenburg Police Department is asking for the public’s help with locating a missing 70-year-old, who was last seen Wednesday afternoon. 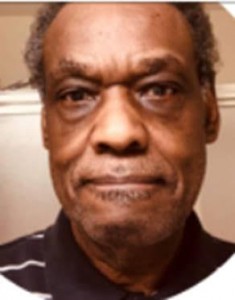 The call for service for missing Emanuel Ealy came in after he was last seen around 5 p.m. in the South Park area.

According to CMPD, he has cognitive issues and is believe to be on foot, so his family is concerned for his well-being.

Ealy was last seen wearing a dark blue-and-silver jacket. He has been described as 6′ tall, weighing around 200 pounds with short gray and black hair and brown eyes.

Anyone with information on Emanuel Ealy’s whereabouts is asked to call 9-1-1, immediately.