ETOWAH, NORTH CAROLINA — The FBI says they are looking for a serial bank robber nicknamed “Too Tall Bandit.”  Officials believe the robber is responsible for at least 16 bank robberies in Tennessee, North Carolina, and South Carolina, according to a news release.

The most recent robbery happened on November 27, 2020 at the United Community Bank in Etowah, North Carolina, according to the FBI.

The FBI is asking the public to help identify the suspect and is offering a reward of up to $15,000.  The “Too Tall Bandit” is described as a white man, approximately 40 years old, standing 6 feet 2 inches tall to 6 feet 6 inches tall, 210-250 pounds, possibly with brown eyes.

FBI Agents say the suspect speaks with a deep voice and walks with a limp affecting his right leg.  In each robbery, the suspect is heavily disguised with a mask, coat, and gloves, according to a news release.  Agents say he is usually armed with a black handgun and often jumps over the teller’s counter.

The FBI believes these robberies were committed by the same suspect:

Anyone with information on this accused serial robber is asked to call 1-800-CALL-FBI. 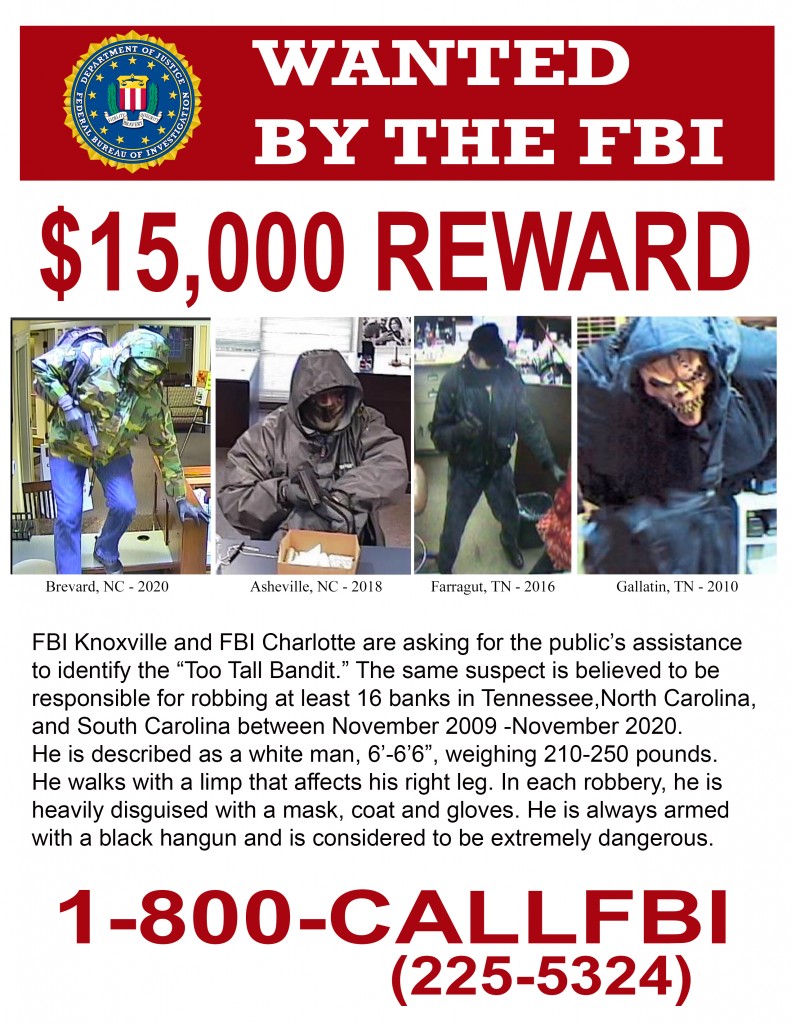