The Charlotte-Mecklenburg Police Department says that the Silver Alert for 90-year-old Hersel Best has been cancelled after he was located Wednesday morning.

Best has been reunited with his family after being located.

CHARLOTTE, N.C. — A Silver Alert has been issued for 90-year-old Hersel Best who officials say is suffering from cognitive issues. 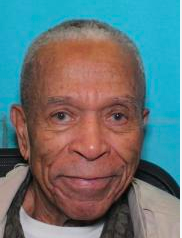 Charlotte-Mecklenburg detectives say Best was last seen on Hickory Cove Lane in north Charlotte, off of Highland Creek Parkway, around 8:30 p.m. on Tuesday. He is believed to be driving a seafoam-green Lincoln Towncar with a North Carolina tag number of SVN-8815.

Officers received the notice that Best was missing around 11:15 p.m. Tuesday. Police say he has been described as 5’10”, weighing 140 pounds and could be wearing a maroon shirt, khaki pants and a tan windbreaker.

Anyone who sees or has information about Hersel Best is asked to call 911, immediately. The investigation into this case is active and ongoing.