CHARLOTTE, N.C. — An employee of the Charlotte-Mecklenburg Police Department has been arrested and charged for driving while impaired Tuesday morning, according to CMPD.

According to Charlotte police, an officer observed a car that was being driven erratically around 9:20 a.m. A traffic stop was then performed on the car near the intersection of East 7th Street and North McDowell Street.

After an initial investigation, the driver, identified as 34-year-old Sheree Padgett, was determined to be under the influence of an impairing substance by detectives. She was the sole occupant of the vehicle at the time of the traffic stop. 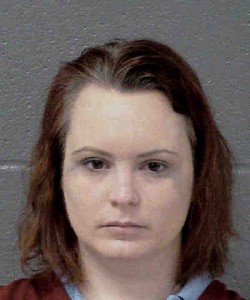 After an evaluation, Padgett was transferred to the custody of the Mecklenburg County Sheriff’s Office where she was charged with driving while impaired, police say.

Padgett has been an employee with the CMPD since 2016 and is currently assigned to the Records Management Division. She has been placed on administrative leave while the CMPD’s Internal Affairs Bureau conducts a separate but parallel investigation.

Anyone with information about this case can leave it anonymously with Crime Stoppers at 704-334-1600 or http://charlottecrimestoppers.com/.