CHARLOTTE, N.C. — Detectives say they have identified the victim who died in a fatal collision in east Charlotte on January 13th as 32-year-old Ingrid Freiheit, and one man has been charged for his involvement in the crash.

The victim in this crash has been identified as 32-year-old Ingrid Freiheit. As a result of the investigation, Julio Gilberto Perez, DOB: 10/2/1986, has been charged with Involuntary Manslaughter and Reckless Driving among other charges. #cmpd #clt #CharlotteNC pic.twitter.com/grtdAJYnTp

Officers say they responded to the car crash around 6 p.m. near the intersection of North Amity Road and Wilora Lake Road to find three vehicles involved in the collision including a 2005 GMC Yukon, 2003 Mitsubishi Galant, and 2014 Ford Focus.

Detectives say both the GMC and Ford occupants were taken to a local hospital to be treated for their injuries, and the driver of the Mitsubishi, Freiheit, died at the scene.

After the initial collision, the Mitsubishi bounced off the GMC causing it to land into the southbound lanes of North Sharon Amity Road, and into the path of the Ford causing a second collision, according to a news release.

Police say the investigation has determined the driver of the GMC, 34-year-old Julio Gilberto Perez, was speeding and driving recklessly.

Detectives say after being released from Atrium Main on January 15th, Perez has been served with warrants for involuntary manslaughter, reckless driving, driving while license is revoked, and having a fake registration. 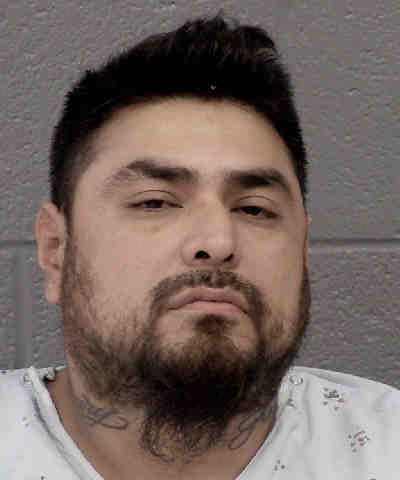 Police say the investigation into this case remains active, and ask anyone with more information to call Detective Mercedes at 704-432-2169, extension 5, or Crime Stoppers at 704-334-1600.

CHARLOTTE, N.C. — Charlotte-Mecklenburg detectives investigate a fatal crash in east Charlotte where one person has died.

Officers say the accident happened around 6 p.m. on North Sharon Amity Road at Wilora Lake, and according to MEDIC, there are three individuals hurt and one dead.

CMPD is conducting a traffic fatality investigation on N. Sharon Amity Rd near Wilora Lake Rd where one person has been pronounced deceased. CMPD’s Public Affairs will provide further information once the initial investigation is complete. Report #: 20210113-1807-03. #cmpd #clt pic.twitter.com/0sieUesDb4