CHARLOTTE, N.C. — Local restaurant Leah & Louise is holding a “Pay What You Can Soup Kitchen” lunch on Monday, January 18th from 11 a.m. to 3 p.m. at Camp North End.

Restaurant officials say the proceeds will all go to support Heal Charlotte, which is a non profit organization that serves the community by building trust between residents, police, and elected officials among other things.

Leah & Louise officials say on Martin Luther King Jr. Day people are invited to participate in its soup kitchen by either ordering to-go or eating outside the establishment.

Anyone who chooses to eat on site will have five different soup options and Duke’s Bread, and the to-go option will include two pints of soup and four rolls.

Officials say the suggested donation is $20, and the soups will be prepared by thirteen Charlotte chefs. 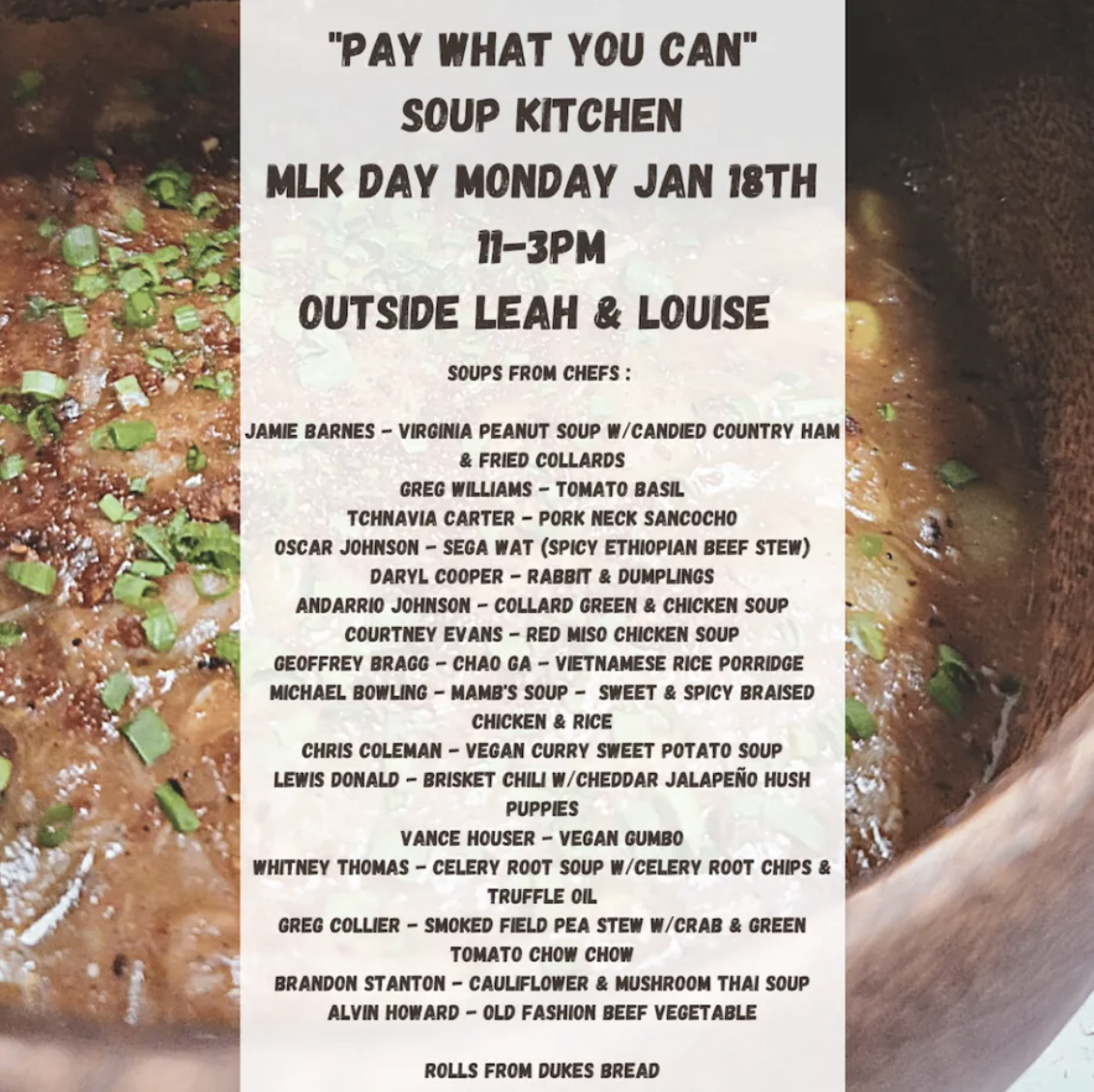