STATESVILLE, N.C. — A 26-year-old Statesville man has been arrested and charged for murder after a Mooresville woman was fatally shot Tuesday evening, according to the Iredell County Sheriff’s Office.

Deputies say they received a call around 7 p.m. about a domestic dispute on Amity Hill Road. The caller said they could heard yelling and screaming coming from the home before a gunshot.

A few minutes later the suspect, identified as Thomas Ulester Swakla, called 911 and stated he shot a woman after she tried to attack him with a baseball bat. 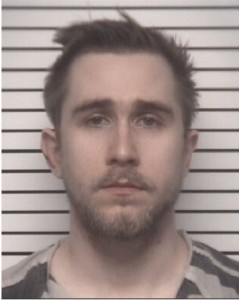 When deputies arrived at the location, they found Swakla crouching down in the carport. According to officials, he was armed with a pistol and deputies disarmed him before taking him into custody.

Deputies located the victim, identified as Kayla Danae Davis, lying on the carport floor with severe injuries. First Aid was administered on Davis but she died at the scene due to her injuries. Deputies also located three small children that were in the house at the time of the shooting.

Swakla was transported to the Iredell County Sheriff’s Office where he was interviewed by detectives. Based on the investigation and evidence gathered, Swakla was arrested and charged with murder, according to deputies.

Swakla is being held at the Iredell County Detention Center without bond.

Breakdown Of Nominees For The 26th Critics' Choice Awards