WINSTON-SALEM, N.C. — A North Carolina man who was among the rioters who stormed U.S. Capitol during the siege by supporters of President Donald Trump has been arrested, the FBI said Tuesday.

Authorities arrested Christopher Raphael Spencer, 40, without incident in Kernersville, the FBI said in a statement. Spencer, who is from Pilot Mountain, made his initial court appearance on Tuesday at the federal courthouse in Greensboro, a spokeswoman said. 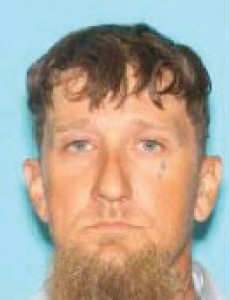 Kernersville is about 85 miles (140 kilometers) northeast of Charlotte.

According to a statement from a task force officer assigned to the FBI, an informant told authorities that Spencer had livestreamed videos to Facebook from inside the U.S. Capitol. The informant suggested Spencer may have had a family member with him, one of whom was captured on the posted video, the statement said.

A search warrant turned up three livestream videos from Spencer’s Facebook account, and at different times, he showed himself, the officer said.

According to the FBI, the videos show Spencer in various places inside the U.S. Capitol, and he can be heard shouting obscenities. Investigators said that Spencer at one point pulled down his neck gaiter and said “Bro, they stormed the Capitol, bro … pushed the cops out of the way, everything … took it over.”

At another point, the video shows him walking into an office hallway as he says, “Where’s Nancy’s office?” in apparent reference to House Speaker Nancy Pelosi, the FBI said. As he walked through Statuary Hall, Spencer said, “Who would’ve knew the first time I ever come would be to storm,” according to officials.

Spencer was charged with knowingly entering or remaining in any restricted building or grounds without lawful authority; violent entry and disorderly conduct on capitol grounds; and obstruction of justice.

Following the hearing, Spencer was released on the conditions that he stay away from Washington unless for court hearings or meetings with a probation officer. He is prohibited from interfering or influencing anyone who may be a witness to the siege, and he must report for a virtual hearing on Jan. 25, according to the release conditions.

Spencer must cooperate in the collection of a DNA sample if one is authorized, and he must tell the court or any of its officials of any change of residence or telephone number, the order said.

The FBI’s statement did not say if he had an attorney who could comment.

Spencer is among more than 150 people arrested so far on charges related to the Jan. 6 violent insurrection in which a Capitol police officer and four others were killed.