ROCK HILL, S.C. — Police say a Rock Hill man has been arrested and charged after being accused of assaulting his ex-girlfriend Sunday night.

The incident happened around 11:40 p.m. at an apartment on Dutchman Drive. When officers arrived, after receiving a call about a man with a gun, the victim informed them that her ex-boyfriend was inside of her residence without permission.

The victim said her ex, Fronta McCrorey, pointed a handgun at her while threatening to kill her. 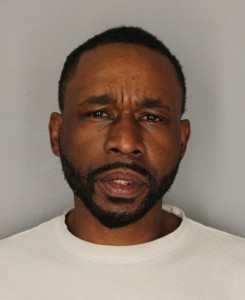 The victim then informed police that McCrorey hit her in the face with the handgun causing a visible laceration and blood under her right eye. The victim was able to flee and call for help, according to officials.

Officers were able to locate McCrorey and take him into custody. McCrorey was charged with assault and battery first-degree, burglary, and possession of a weapon during a crime of violence.