CHESTER COUNTY, S.C. — A man has been arrested and charged with attempted murder after a Chester County shooting injured one person Thursday.

The Chester County deputies arrived in the Circle Drive area of Richburg after receiving a call around 6:30 p.m. stating a man had been shot.

After an investigation, deputies arrested Malik Stewart in connection with the shooting. 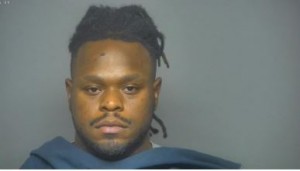 Stewart was transported to the Chester County Detention Center and will be charged with Attempted Murder and Possession of a Firearm During a Violent Crime, according to Chester County officials.

The victim was taken to Piedmont Medical Center in Rock Hill with a gunshot wound. Deputies say the victim is in good condition.