Text2Win “The Reckoning” On Blu-ray

“A big, loud, fiery beast of a film” – Tilt Magazine

After losing her husband during the Great Plague, Grace Haverstock (Kirk) is unjustly accused of being a witch and placed in the custody of England’s most ruthless witch-hunter, Judge Moorcroft (Pertwee). Forced to endure physical and emotional torture while steadfastly maintaining her innocence, Grace must face her own inner demons as the Devil himself starts to work his way into her mind.

Text “WITCH” to 31403 by 9 PM Tuesday, April 6th for your chance to win the horror movie “The Reckoning” – three winners will each get a copy on Blu-ray™. “The Reckoning” is available from April 6th on DVD and Blu-ray™ from RLJE Films.

“Kirk’s journey from housewife to powerhouse rebel is astonishing” – Evrim Ersoy, Beyond Fest 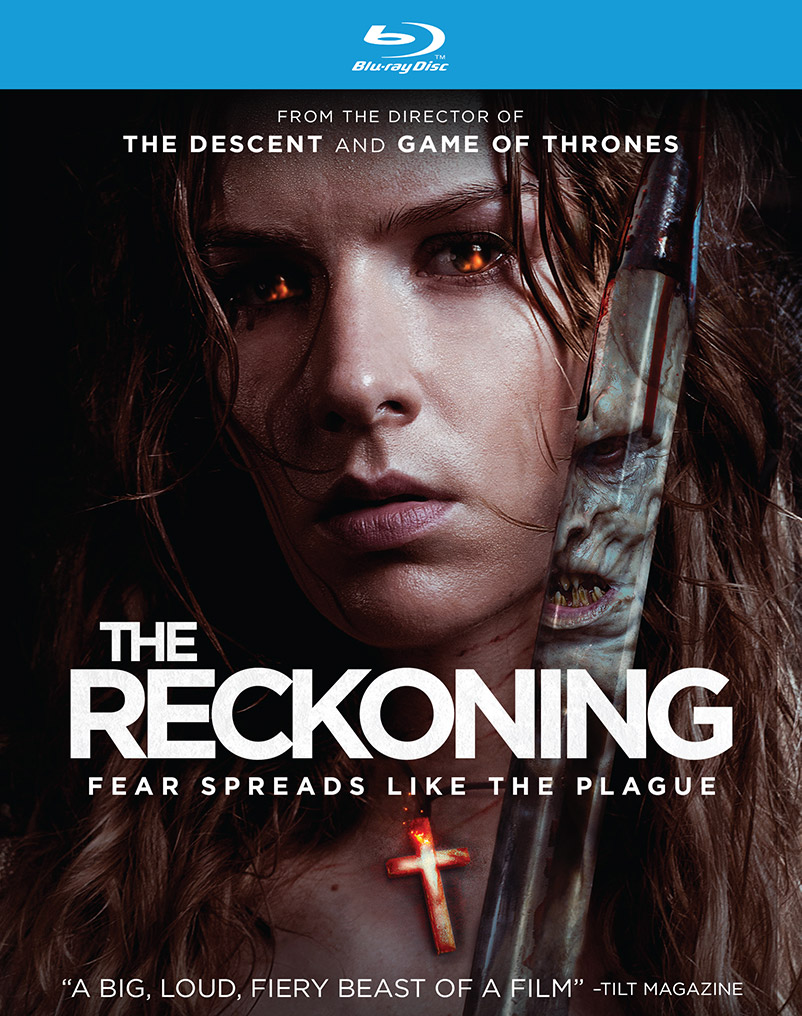 THE RECKONING stars Charlotte Kirk (Ocean’s Eight, Vice, How To Be Single), Joe Anderson (Across The Universe, The Crazies), Steven Waddington (The Imitation Game, “The Tudors”) and Sean Pertwee (Dog Soldiers, Equilibrium). The film was directed by Neil Marshall (The Descent, Dog Soldiers, Doomsday), who co-wrote the film alongside Kirk, (making her feature screenwriting debut), and Edward Evers-Swindell (Dark Signal).

HOW TO WIN: No purchase necessary. Viewers must text the word “CABIN” to 31403 by 9 PM Monday, March 1st. Winners will be randomly selected at 9 PM and sent a confirmation text detailing how to claim the prize. No prizes will be mailed.

Deadline for entries is 9 PM Tuesday, April 6th, 2021.
One entry per person; any duplicate entries will be disqualified. One winner per household.
If the user is not already a WCCB VIP Text Club member, they will be prompted to join and will receive up to 2 messages/requests.
Users can opt-out of the WCCB Text Club by texting STOP to 31403 at any time.

7) Winners will be notified by text no later than 10 PM on Tuesday, April 6th, 2021 with instructions on how to claim the prize. Please don’t come to the station unless instructed to do so.