RANDOLPH COUNTY, N.C. — Randolph County Sheriff’s Deputies say they are searching for 25-year-old Brian King after he allegedly stabbed and killed his grandfather in Asheboro on Saturday.

Authorities describe King as a White man, 5 feet 10 inches, 150 pounds, with green eyes and brown hair, and say his vehicle was spotted in Mooresville near the police department, a red 2000 Chevrolet Silverado. 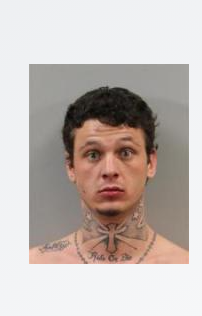 Officers say on April 3rd  they received information about a possible stabbing at a home on Emmanuel Church Road in Asheboro, and upon arrival they found a dead man inside the residence.

Detectives say the initial investigation revealed King had stabbed the victim then ran away from the home with a woman, believed to be his grandmother, and several hours later King dropped her off at a location in Thomasville, where she was able to call 911.

Following the 911 call, the woman was taken to a local hospital to be treated for non-life threatening injuries, and the man killed in the stabbing was identified as 74-year-old Harold King.

King is considered armed and dangerous, and police ask anyone with information on his whereabouts to call 911.