IREDELL COUNTY, N.C. — One man has been charged with murder after a Friday night shooting in Iredell County left a 43-year-old dead.

Deputies say they responded to Rock Springs Road near Harmony after receiving a call around 8:20 p.m. in reference to a shooting.

When deputies arrived at the scene, they found James Henry Potts of Statesville lying in the side yard of the home. According to officials, he had been shot several times.

Deputies administered emergency medical care until the Iredell County EMS arrived and continued administering care. The victim was pronounced dead at the scene  by Medic.

Witnesses informed deputies that 41-year-old Noah Franklin Potts was the shooter and had fled the scene on an ATV. Deputies were able to locate Potts at his home on Powell Bridge Road. Officials also found a pistol in an ATV. 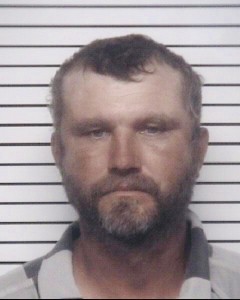 After getting a search warrants, detectives found multiple items of evidence from the Rock Springs Road crime scene.

After an initial investigation, Noah Potts was charged with one count of felony first degree murder, according to deputies. The case is still under investigation.

Edge On The Clock: Demi Lovato Set To Host Show About UFOs

Gasline Hacking Leads To Gasoline Hoarding: How We Are Making It Worse