CHARLOTTE, N.C. — The Charlotte-Mecklenburg Police Department has charged a 23-year-old man for a recent break-in and sexual assault.

Police say they responded to Orchard Trace Lane around 1:30 a.m. on Monday after a breaking and entering call for service. Upon arrival, officers spoke with the victim, who said an unknown suspect broke into her apartment.

The victim advised that while she was sleeping, the male suspect sexually assaulted her before leaving in an unknown direction.

Following an investigation, detectives identified Jason Lamar Vernon as a suspect in the case, and warrants were issued for his arrest. 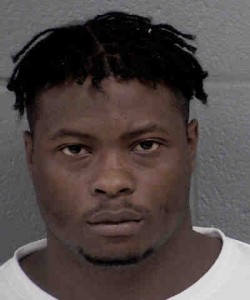 Around 3 p.m. on Monday, Vernon was arrested and transported to police headquarters for an interview.  Police say following an interview, Vernon was transferred to the sheriff’s office and charged with 1st degree burglary, 1st degree kidnapping, sexual battery, assault on a female, interfere with emergency communication, and resisting public officer.

Anyone with information about this case is asked to contact Crime Stoppers at 704-334-1600 or http://charlottecrimestoppers.com/.