Man Facing Over 10 Charges In Connection To Several House, Vehicle Break-Ins In Hickory

HICKORY, N.C. — A 50-year-old Taylorsville man has been arrested in connection to several break-in attempts in a Hickory neighborhood early Friday morning, according to police.

The Hickory Police Department said they began receiving reports around 2:30 a.m. about attempted breaking and enterings in the Hillcrest Neighborhood. When officers arrived, they caught Bradley Allen Spencer immediately after committing the first degree burglary and was arrested. 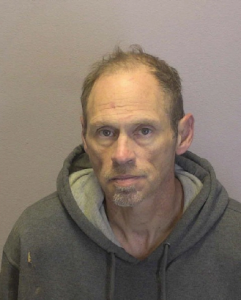 During the investigation a neighborhood canvas was conducted and several additional victims were identified. According to police, Spencer attempted to break into three houses, committed first degree burglary on another residence, broke into several vehicles, and committed larceny from several carports.

Hickory Police said they would like to remind citizens to always contact police if you observe suspicious activity. Prompt notification of Spencer’s actions by residents lead to a timely arrest in this case.

Contact our communications center at 828-328-5551 for any non-emergency situations and 911 for any emergencies.