Driver Wanted In Pineville Shooting, Believed To Be In Pennsylvania

The Pineville Police Department has issued arrest warrants for a driver accused of shooting into a person’s vehicle while in traffic outside of Carolina Place Mall Thursday morning.

Police say 28-year-old Elizaul “Zaul” Trujillo was identified as the suspect in the Park Road shooting after an investigation. Trujillo is out of the hospital and believed to be in the Philadelphia, Pennsylvania area. The police department is looking for the suspect in the Charlotte area and taskforce partners in Philadelphia are actively searching for him. 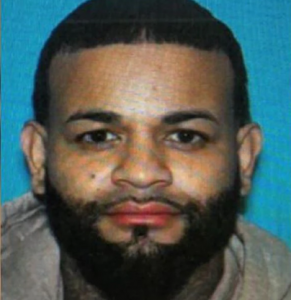 According to the police department, the arrest warrants issued for Trujillo are felony assault with a deadly weapon with intent to kill, felony shooting into an occupied vehicle and felony possession of a firearm by a convicted felon.

The other driver involved has not been charged at this time.

Police have confirmed Thursday’s shooting outside Carolina Place Mall in Pineville was not a random act of violence, as the two shooters know each other and have a past history together.

Detectives say one shooter, who was struck by a bullet during the confrontation, is still recovering at a local hospital.

The other shooter has been identified and interviewed by Pineville Police.

Detectives say the two vehicles involved, two handguns involved, and all six crime scenes are being processed at this time.

Police say so far no criminal charges have been filed, but they will be pending upon further investigation. 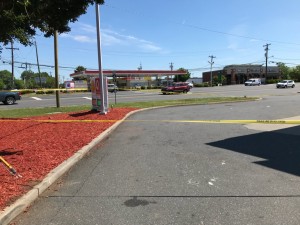 PINEVILLE, N.C. — An investigation is underway after one person was shot near Carolina Place Mall in Pineville Thursday morning, according to police.

The Pineville Police Department tweeted around 10:15 a.m. that Park Road and N.C. 51 area closed down while officers were investigating a shooting that happened on the road.

Park Rd and NC 51 area closed down while officers are investigating a shooting that took place on the roadway. Please avoid the area of possible.

Soon after the roadway was opened back up to traffic but officers remained in the area to continue their investigation.

After the initial investigation, both parties involved in the incident were identified police.

One person shot, non critical and both parties involved have been identified.

Police said one person was taken to the hospital with non-life threatening injuries.

No motive has been released. This is a developing story.